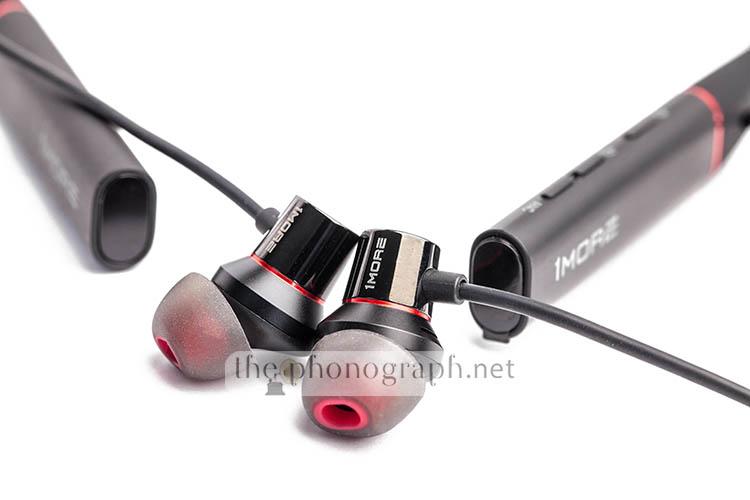 1MORE has been, lately, releasing several Bluetooth headphones, including True Wireless models such as the 1MORE Stylish True Wireless Earbuds and the 1MORE True Wireless ANC, yet the 1MORE Dual Driver ANC Pro belongs to the neckband-styled wireless products from the brand. Previous Bluetooth neckbands from 1MORE include the:

1MORE always stands out with their superb packaging and presentation on their mid-tier and flagship products.

The 1MORE Dual Driver ANC Pro Wireless are headphones that pack a bunch of advanced features such as:

The 1MORE Dual Driver ANC PRO holds 6 buttons on the left end of the neckband that allow it to take care of all the playback functions, unit operation and ANC control.

A status light is placed in between the play button and the volume down button; this LED light gives a visual feedback of the headphone’s status.

The 1MORE Dual Driver ANC PRO is charged through an USB Type-C connector hidden under a rubber gasket at the end on the neckband. A full charge cycle is estimated to take 1 hour with a 5V 1A charger, while a fast charging of just 10 minutes can grant 3 hours of full music playback time.

With it’s 160mAh inner battery, this 1MORE headphones can offer up to 20 hours of continuous playback (ANC off)

The 1MORE Dual Driver ANC Pro Wireless Headphones provides a punchy response that is able to fulfill many genre’s requirements.

Yet, is worth noting that their sub-bass tends to a more balanced extension and will not respond with basshead-styled deep bass.

Nonetheless, this less sub-bass centered sound signature brings to the table an overall bass that sounds leaner but never lacking punch or depth.

In addition to this, users will obtain away less-bloated and overcooked sound than many average consumer headphones.

A massive bass retuning arises once their ANC is turned on with a way more intense bass response.

Mid-bass will become meatier and much punchier while sub-bass will be able to reach a noticeably deeper range.

As a result, their bass will become extremely more energetic while allowing users to benefit from a stronger bass response that will be better-tuned for bass-heavy tracks.

Either if this was intentional or not by the brand, 1MORE has created a bass-boost feature accessible by simply pressing a button.

Using an EQ, their bass can be boosted further on with noticeably punchier and deeper sound but also could easily become too bass-centered and congested.

The midrange of the 1MORE Dual Driver ANC PRO is far from sounding bloated or “bass-drowned”, thanks to a low amount of mid-bass bleed and a generously flat response extension.

Their male vocals are relaxed and friendly, yet lower midrange and deep vocals can sound less spicy than some consumers may be used to.

A benefit from this tuning is a less-aggressive lower mids that can adapt to the taste of listener’s who enjoy cleaner mids and who prefer a sound signature that is not overwhelmingly warm and still not congested.

Despite this, during our soundtests, the upper end of their mids rarely became harsh or over-boosted. With an EQ, their male vocals can be pushed a bit more forward without necessarily adding nor removing undesired warmth nor congestion to their midrange.

A very noticeable retuning is perceived when activating it’s ANC, with a much fuller and warmer sound that will be welcomed whenever needing cozier vocals or fuller sound.

Despite the increment of warmth, the 1MORE Dual Driver ANC Pro does not become overly congested and, still, does not exhibit any dramatic presence of mid-bass bleed.

In addition to this, their higher mids remain as fairly harsh-free as it was with it’s ANC off.

We estimate that most users will greet better this midrange tuning and find more agreeably balanced. 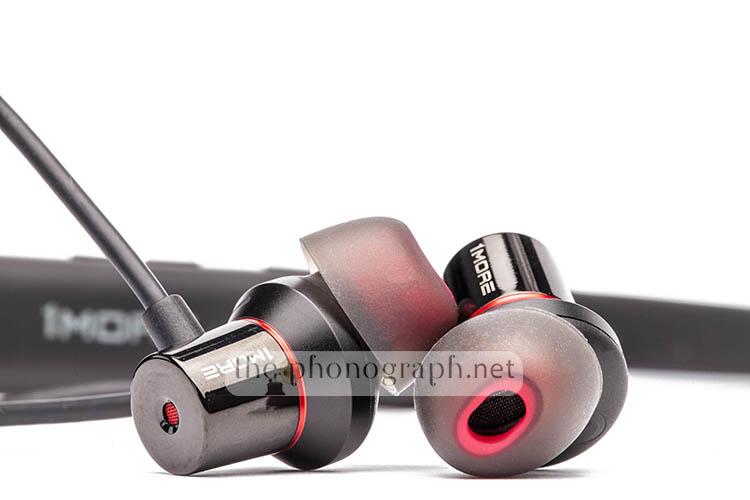 The 1MORE Dual Driver ANC PRO does a good job retrieving detail and is fairly capable of providing a pleasantly balanced highs response.

This 1MORE earphone provides a highs and treble tuning that sounds bright but not clinical, yet does not get too under-tuned as to become dark and muddy.

People worried about sibilance and piercing peaks may be interested in knowing that this Bluetooth headphone, despite showing some peaks, remains fairly mild/tolerable.

Overall, the brand did a right compromise when tweaking their highs for a style that can cover many varied genres while not sounding too rolled-off nor too analytically boring.

Applying an EQ, a huge increment of brightness can be added and a much more detailed sound can be squeezed out of the 1MORE without feeding up too much fatiguing peaks.

As seen over their bass and midrange, this mode bumps up their bass response.

The fuller sound added by this bass boosting, though, will add a layer of darkness/busyness over their highs and treble – yet, truly there is no recession nor rolling-off happening.

Nonetheless, their highs do not turn into a sound that we would rate as “dark”, just it will be noticeably different and mostly because of the direct comparison that is perceived by the instant switch by pressing the ANC button. 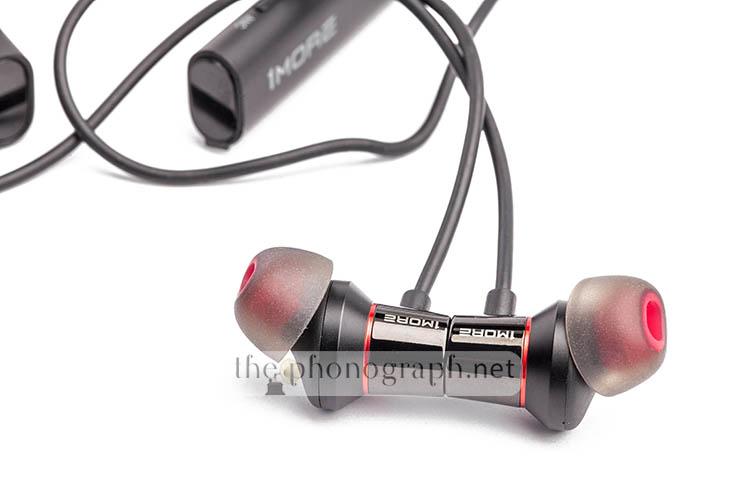 The red grids seen on the rear end of the earpieces are not simply aesthetic details, instead, we could see that this was part of a sort-of semi-open back design.

Consequently, as expected with this kind of back designs, the 1MORE does leak more sound than closed-back headphones with very low leakage.

Nonetheless, they showed sound leaking levels inline with most normal closed back headphones and by any means a leakage as hearable as typical open-back headphones. 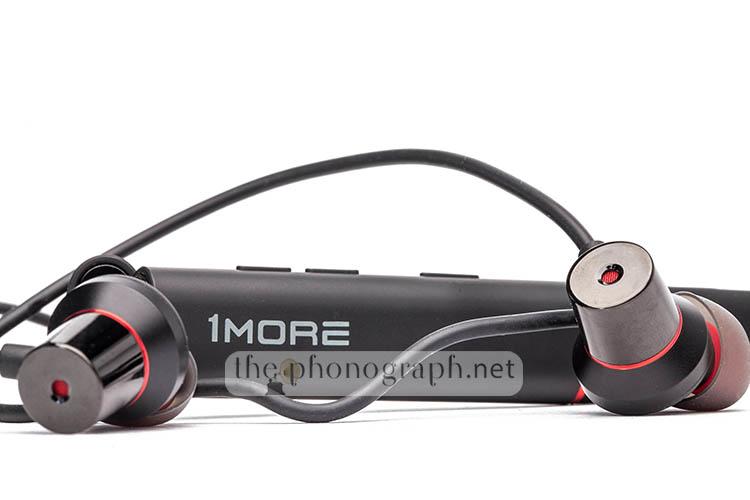 As soon as it’s Active Noise Cancelling is turned on, this 1MORE earphone presents an exponential increment in isolation efficiency. Regarding noise cancelling performance, the 1MORE Dual Driver ANC Pro reached up to 32,4dB of maximum cancellation on it’s most efficient range while being used on the Strong ANC setting and almost 19.6dB on it’s Mild ANC mode.

The “wind noise resistance” mode was implemented to counteract over a typical issue with ANC where the noise cancelling microphones tend to pick up and increment the noise of wind on windy situations.

Besides the noise cancelling potential and performance that varied according to the level set, during our tests we noticed that a further specific detail was noticeably different depending on the mode being set. The results showed that the 2nd level setting of their ANC mode usually showed nearly-no ANC hiss/white noise in comparison to the “1st level” and also to the “wind noise resistance” mode.

Moreover, the noise cancelling distribution over the audio spectrum was also significantly different, allowing to have 3 different ANC turnings that can be switched and adapted according to the noises on specific environments and situations.

Regarding sound retuning when activating these modes, as we detailed on the specific soundtest sections, there was a strong variation when ANC was turned on but, instead, the difference was not as drastic when “wind noise resistance” mode was used. 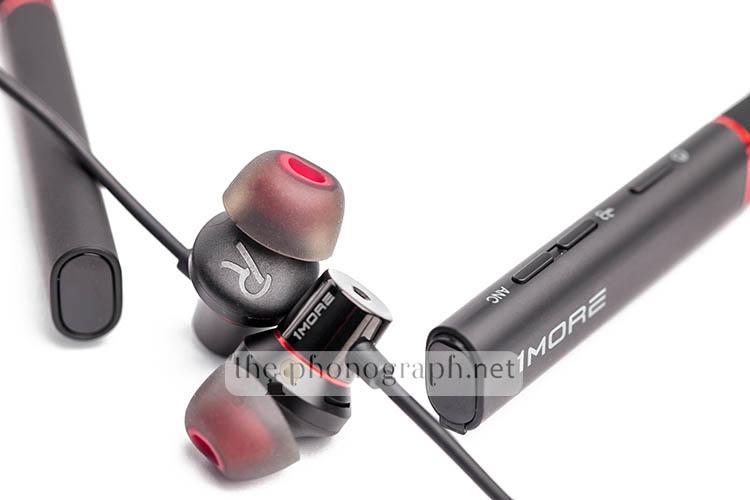 This means that the 1MORE Dual Driver ANC Pro does a phenomenal job remaining in place while being very comfortable.

In addition to this, the earpieces sit deep and very securely inside the ears thanks to their angled nozzles and a form factor similar to the Dual Driver and Triple Driver models but with a less rounded finish than the Dual Driver.

Overall, we could say that the shape and design of the earpieces is kind of a 3-way hybrid crossing between the Piston Fit series, Triple Driver in-ear series and the Dual Driver BT series.

Moreover, the use of metal main housings, a rubberized neckband finish and quality eartips improve their feel and comfort. 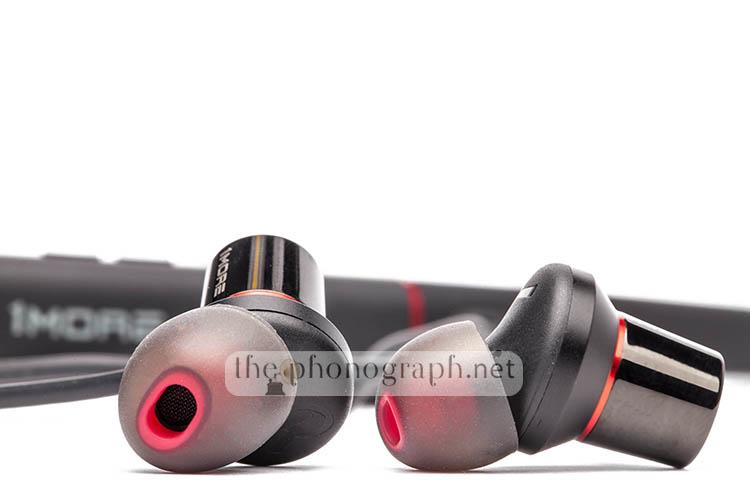 The response to EQ was impressive over mids, male vocals and female vocals with vast refining and fine-tuning while highs EQ response was as efficient, their bass might start to get bloated if over-EQ’ed.

✅ Wired and wireless use

✅ 4 switchable sound signatures with a button

Despite a wireless market that tends to true wireless models, we still find that neckbands have a space where the TWS world does not perform as efficiently.

With it's special quad sound signature personality that can be instantly switched by simply pressing a button and efficient noise cancelling capabilities, the 1MORE Dual Driver ANC Pro is an in-ear headphone that carries on the excellent heritage of the brand's previous flagship neckband models, becoming a solid Bluetooth headphone to recommend. 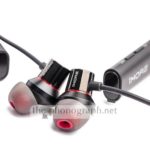