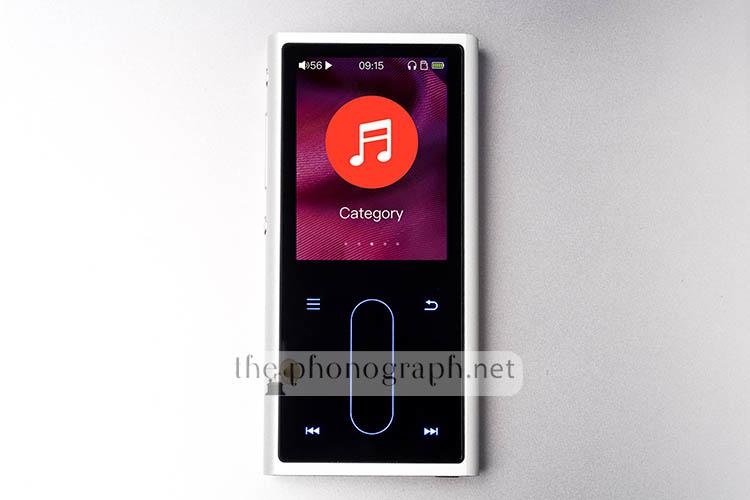 🎧 We are reviewing the FiiO M3K, a super affordable, Hi-Res Audio certified DAP/DAC with advanced features.

FiiO is a relatively young company that has smashed the market with highly spec’ed and well-performing DAPs, DACs, Amps and headphones but with budget-friendly prices.

Since their introduction, many products from the company made them gain a solid reputation and wide fame among audio enthusiasts, some of their most acclaimed products include the:

If you are new to audio players you might be wondering what DAC and DAP mean; DAC stands for Digital-to-Analog Converter and DAP refers to Digital Audio Player.

You can buy the FiiO M3K in:

Other of the latest products from FiiO include the:

The FiiO M3K features include advanced options such as:

The FiiO M3K unboxing results in a rubberized protective cover, a charging micro USB cable and a screen protector that is already placed on the screen of the unit.

The DAP/DAC comes inside a relatively small package with a clean design.

The FiiO M3K has four physical buttons that are found on the left edge of the device and 4 touch sensitive buttons placed on the front + a touch slider with sliding gestures that also acts as a confirmation button.

These touch buttons make use of capacitive technology, are very well implemented with an intuitive and responsive operation, while the touch pad slider adds a smooth touch scrolling and user interface navigation. Moreover, the capacitive buttons are backlit, which makes the FiiO M3K very easy to use on low-light conditions. The overall user experience was very fluid with only sporadic, minor lag while quickly navigating through long tracks/file lists.

The physical buttons can fully control the music playing main options such as: play, pause, volume up, volume down, next songs, previous song, display on, display off/lock screen. Having access to all the main controls with their physical buttons add up to their ease of use and friendly daily usage.

The screen can be locked with a dedicated physical button to avoid any accidental press of their capacitive buttons. Still with the screen locked/turned off, the unit can be completely operated with the physical buttons.

The FiiO M3K holds a 1100mAh lithium-polymer rechargeable battery that grants 24 to 26 hours of continuous playback time on a single charge and whopping 38 days of standby time.

How to charge the FiiO M3K:

To charge the FiiO M3K you have to plug the included charging cable to the micro USB port found on the bottom of the unit – a full charge should take approximately 2.5 hours.

FiiO recommends to charge the unit using an USB adapter with a power output of 5V 2A.

The FiiO M3K has a body build entirely in aluminum and a screen with rugged tempered glass to avoid scratches and shattering – additionally, the screen comes with a replaceable screen protector on top.

Overall, the unit feels very well constructed with a solid but light and small footprint.

By using an IPS screen, the angle of vision of the FiiO M3K’s screen is extremely wide and shows no “negativization” of colors – the screen brightness can be manually set in 10 different levels.

The top bar of the screen has a smartphone like design with the clock time on the center, volume level (in numbers that ranges from 0 to 60), a card inserted confirmation icon and the battery charge with a 5-bar icon.

The user manual of the M3K is bundled inside the unit, you can read and access it at any given time – the FiiO M3K user interface is available in 10 languages.

The FiiO M3K has a AKM AK4376A DAC that is capable of decoding and reproduce the following file formats:

The FiiO M3K has all the ports placed on the bottom of the unit. The ports/connectors available are: a 3.5mm mini stereo jack to plug your headphones, a micro SD card slot and a micro USB port that can be used to charge the unit or to use their OTG functions and USB DAC features.

The device can be set to update the library manually or automatically.

We measured the FiiO M3K frequency response and the results showed a perfectly flat response, while further tests revealed no added nor tamed down response on any given range nor any kind of coloring (see the frequency response curve scrolling down in this article).

Furthermore, we measured each of the 8 EQ presets offered by the FiiO M3K to evaluate how accurate their EQ is with true frequency response measurements.

As you will see from our measurements further below on this article, their EQ presets are incredibly accurate and precise, what you see on the 5 bands of each EQ preset, is truly being boosted and/or dialed down – quite impressive this degree of accuracy from such an affordable little device.

The FiiO M3K technical specifications list a frequency response of 5Hz-90,000Hz, with a noise floor of <2uV, SNR of 117dB and output impedance of <1dB.

FiiO ensures and recommends to use the FiiO M3K with headphones having an impedance between 16Ω and 100Ω. Nonetheless through out our tests, this little but powerful DAC/DAP was perfectly capable of driving headphones with higher impedance like the Beyerdynamic DT 990 PRO

This is also achieved thanks to their powerful output power that reaches ≥42mW (16Ω) and a SNR ≥117dB – to give you a rough idea, no smartphone is capable of reaching the power output that the FiiO M3K can deliver.

The FiiO M3K has a wide variety of EQ presets that can be chosen and changed on-the-fly. The presets have a graphical 5-band equalizer that ranges from +6dB to -6dB – the frequencies on the EQ are 62Hz, 250Hz, 1kHz, 4kHz and 16kHz.

The 8 EQ presets available are: Rock, Classical, Jazz, Pop, Dance, Metal, Vocal and EQ Off (as of firmware version 1.0.5)

The firmware of the FiiO M3K can be upgraded through it’s micro SD card.

Lately, the brand has released a new firmware v 1.0.5 with the following improvements:

As reported by FiiO, the M3K-FW1.2.1 firmware changes, fixes and improvements include:

How to upgrade the FiiO M3K firmware

“… Incorrect operation might lead to system crash! Please read carefully before upgrading.
Using Micro SD card to update: Copy the M3K.fw file to the root directory of the micro SD card (FAT32 format recommended). Insert the micro SD card into M3K and hold the volume “+” and power button at the same time until the micro SD card upgrade dialogue pops up then the upgrading will begin. It will automatically reboot when the update finishes.

* Do not rename the firmware file.

* Do not create a new folder to store the firmware file, and please just copy the M3K.fw file to the root directory of your micro SD card.

1. One micro SD card (FAT/FAT32/EXFAT/NTFS format are fine but FAT32 is recommended). If update fails, please use a micro SD card of 32GB capacity, format the card and repeat the update procedure again.

2. Upgrading wouldn’t affect the files on the micro SD card.

3. Make sure the battery life is enough for update(fully charged battery is recommended)

5. After the update, it is suggested to delete the M3K.fw file; You could check the firmware version via System setting -> About M3

6. After the firmware update, please update the media library.
…”

ATTENTION!: Extreme caution should be taken when upgrading the firmware of the FiiO M3K or the unit could become non-functional.