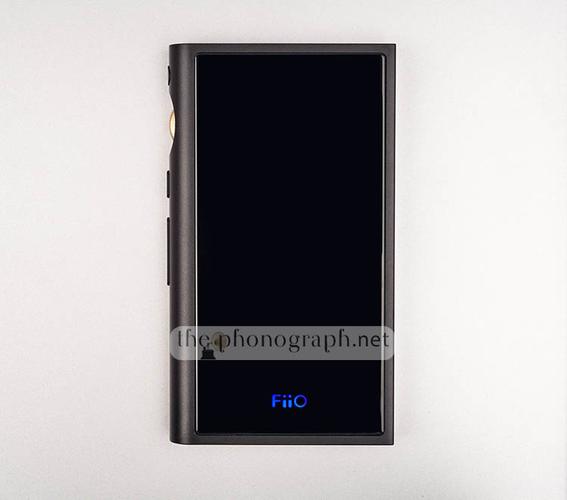 🎧 FiiO M9, an advanced Android-based, portable music player/DAP/DAC with an endless amount of premium specs and a Hi-Res Audio certification.

The FiiO M9 is the newest DAC/DAP from the brand which is also placed as the flagship model on the M line. The model is part of the latest products released by FiiO, among which you can find the:

The FiiO M9 sits right above the FiiO M7

with improvements in design, usability and technical specs. Among the upgrades you are getting 4 audio output options (3.5mm, SPDIF, 2.5mm balanced and USB Type-C audio out), 30 hours of battery life (in BT mode), a recommended headphone impedance extending up to 300 ohm (M7 is 100 ohm), 120 volume steps (doubling the precision of volume control from the M7 and inline with the FiiO X7 Mark II

If you are reading our FiiO M9 review you probably already know FiiO and many of their popular products. If you are not very familiar with the brand, some of their most famous DAPs, DACs and amplifiers include the:

You can buy the FiiO M9 in:

The FiiO M9 features include advanced options such as:

The FiiO M9 unboxing results in a 3.5mm to coaxial adapter, a protective cover and an USB Type-C cable – the rubberized cover has a white-dotted pattern.

The unit comes inside white colored packaging with a minimalist design and size inline with many smartphones.

The FiiO M9 is built in a single piece without seams nor disrupting connections between sections.

FiiO has opted for an all new design of the body on the FiiO M9, the left side of the unit has a rounded shape to naturally-adapt to the right-hand fingers while holding the device. On the contrary, the right edge of the M9 has rectangular angles resulting in a flat edge that provides a perfect area to place the thumb while using the device.

and that provides a well-thought and optimized ergonomic design.

With dimensions of 106mm×60mm×13.3mm, the FiiO M9 has a footprint much smaller than most modern large-sized smartphones (but thicker).

The bottom section of the device (right below the screen) holds a FiiO logo with an RGB light that indicates the status of the device by changing it’s color – the brightness of the LED light has 20 levels that can be manually set.

On the “Design” section we highlighted the benefits of the new body design of the FiiO M9. In addition to the ergonomic improvements of the new body shape, the physical buttons have been carefully placed on the left edge of the unit with an aligned position where the index finger, middle finger and ring finger naturally-sit. In other words, the index finger sits on the volume wheel, the middle finger on the Play/Pause button and the ring finger on the Previous/Next Track button.

By having a fully touch sensitive screen and an Android-based OS, the FiiO M9 is intuitive to use with no learning curve for anyone who has previously used a smartphone and/or tablet. At the same time, the responsiveness, scrolling and overall operation is fluid with no hiccups nor lag.

The physical buttons allow an easy to operate experience with the screen turned on or while in your pocket without seeing the screen.
These button can fully control the device:

Moreover, the touch sensitive screen allows the same full operative control of the unit, as the physical buttons through the touch buttons on the FiiO Music app.

The physical buttons can be activated/deactivated through an in-app setting under the “Key-lock Settings” option.

The customized activation/deactivation of the buttons will be effective only while the the screen is locked.

The FiiO M9 holds a 2350mAh lithium-polymer rechargeable battery that allows the unit to provide up to 30 hours of continuous playback time on a single charge (on BT mode) and 45 days of deep sleep time – on a wired connection through the 3.5mm jack, the DAP can reach more than 10 hours of playtime.

The battery charge level of the FiiO M9 can be seen on the top right edge of the screen through the battery readings showed in percentage and with a battery icon.

How to charge the FiiO M9:

To charge the FiiO M9, it has to be plugged through the USB Type-C connector with the included cable – the charging time is 2 hours (aprox.).

The FiiO M9 should be, ideally, charged with a power adapter that provides an output of 5V and 2A.

The FiiO M9 has a a fully-aluminum build (body) with an unibody design (for example, the FiiO M3K

is another FiiO DAP

with an unibody metal build).

The screen has a reinforced finish to lower the chances of breakage and scratching.

The music player is ruggedly constructed with a durable feel that inspires a trusty lasting life.

The IPS screen of the M9 has no pronounced viewing angle issues nor color distortion and is free of color negativization problems.

The customized Android OS version on the FiiO M9

has also a custom user interface.

The top-left edge of the screen informs the volume level, the center section shows the clock and on the right you will see the SD card inserted confirmation icon and a battery charge level in percentage (also with a battery icon)

These double DACs are capable of decoding and reproduce the following file formats:

The FiiO M9 has a micro SD card slot on the left edge and 3 connectors on the bottom edge.

The ports/connectors available are: a 3.5mm/line-out/coaxial output (the coaxial output needs the 3.5mm to coaxial adapter included), a 2.5mm TRRS balanced output and an USB Type-C connector with audio-out and USB DAC functionality.

One of the major differences of the FiiO M9 with many other portable music players in this price range is the balanced output connector and the extra connections.

FiiO is always transparent and clear about the specs of their devices. For the ports output of the FiiO M9, the brand specifies the following the technical specifications:

Putting the FiiO M9 through our sound tests, the DAP showed a remarkably flat frequency response that preserves the true sound signature of headphones without boosting nor recessing any range of the audio spectrum.

Furthermore, there is no coloration of the sound without any noticeable warming nor cooling of the original sound identity.

In addition to this, we measured each of the EQ presets of the FiiO M9 and the device in every mode (USB DAC, Bluetooth receiver) – measurements available at the bottom of the review article.

FiiO recommends to use the FiiO M9 with headphones having an impedance between 16Ω and 300Ω. Most popular headphones sit in this impedance range and will be no challenge for the FiiO M9. Nonetheless, this does not mean that you cannot use headphones with higher impedance with the M9 – for example, as we have seen through out our FiiO M3K review, the little DAP had a recommended impedance topping at 100Ω but had no issues driving Beyerdynamic headphones

The FiiO M9 hides a plethora of audio customization options and settings under the “Audio” submenu (under the “Settings” main menu). Some of them include:

Each one of the bands of the graphical EQ cover a range from +6dB to -6dB.

The EQ has 9 different presets: Pop, Rock, Dance, Blues, Metal, Vocal, Classical, Jazz and a custom EQ that can be manually set.

The music stored in your micro SD card and/or in the internal storage of the FiiO M9 is played through FiiO’s proprietary music playing, the: FiiO Music (v1.0.6 as of the M9’s firmware version 1.0.1)

The FiiO Music offers a good amount of features such as:

Songs can be accessed and sorted by:

The first time that the FiiO Music App is opened, it will guide you through the basic operation of the app. The app will suggest to do a music scan on it’s first use. The scan screen will let you scan all or to select specific folder/s – while scanning you will have a live feedback of the amount of tracks that are being found and added to the music library.

As the FiiO M9 is an Android-based device, some of our readers might be wondering if it is possible to install other apps beside the ones bundled with the device.

The answer is: yes, but with restrictions. Only apps that are whitelisted by FiiO are installable, as of firmware v 1.0.1 the apps that are supported for installation are: Spotify, Qobuz, Roon and Deezer.

How to install apps on the FiiO M9:

To install third-party apps on the FiiO M9, users will need to download the apk of the app wanted, copy it to a micro SD card and install it from the “File Management” of the FiiO M9 – as the device does not have google’s “Play Store”.

The firmware of the FiiO M9 can be upgraded through it’s micro SD card or via OTA while connected to a WiFi network.

UPDATE: A new firmware version 1.0.2 has been released by FiiO fixing some bugs and adding more whitelisted apps such as JOOX, ES file manager, Bandcamp and Sony Headphones app.

Full firmware post, fixes and improvements- as reported by FiiO:

The following changes and improvements have beenmade to the FW1.0.2 compared to the FW1.0.1 on M9:
1. Added some more 3rd-party apps to white list,including JOOX, ES file manager, Bandcamp, and Sony headphones;
Note: You can copy the apk file of the qualifiedapp to the M9’s internal memory or external Micro SD card, then open the FileManagement app, locate and click on the apk file to install it.
2. Added “Maximum volume setting” and “Fixedvolume setting” (in Settings -> Audio);
Maximum volume setting: The volume only canadjusted to the set value.
Fixed volume setting: it will take effect once itsset, and the volume will be changed to the set value every time when devicestarts.
3. Added firmware update change log (can be viewedby next update);
4. Added the function of auto entering the Nowplaying interface;
Note: The player will automatically switch to theNow playing menu after selecting a song to play.
5. Fixed issue where the length of the certainMP3 tracks was displayed incorrectly;
6. Fixed issue where the tracks downloaded by3rd-party apps could not be scanned;
7. Fixed issue where the player could not enterMain menu when certain build-in apps, such as Gallery, was stopped;
8. Fixed issue where the controlling area of theplay progress bar might be too wide, which might cause misoperations;
9. Fixed issue where there would be prompt aboutrepairing the MTP driver disk after connecting with the computer;
10. Fixed the noise issue when using the playeras a USB DAC for the computer and then playing 176kHz or 192kHz via Bluetooth;
11. Improved the coulometer display;
12. Updated the Tidal app version 2.9.9.860.1;
13. Miscellaneous bug fixes;

✅ Expandable storage up to 2TB

RELATED TO THIS REVIEW: FiiO M11 vs FiiO M9

Supports both via zip file and OTA