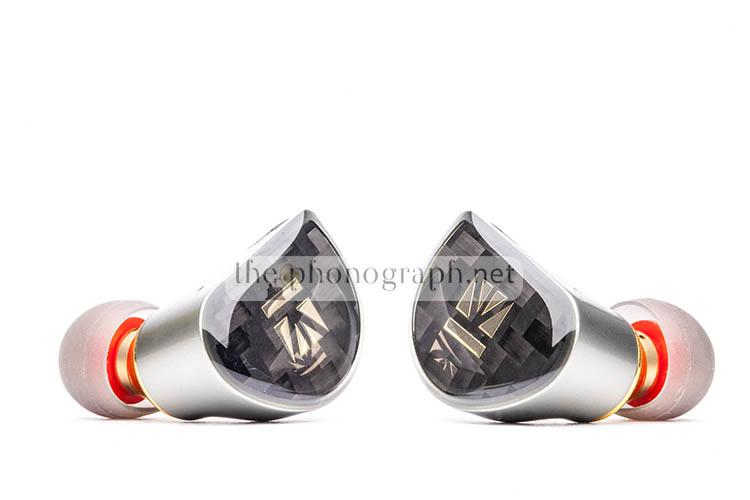 🎧 We are reviewing the KBEAR Diamond, one of KBEAR’s flagship models.

First of all, it is important to let our readers know that the brand tends to use 2 names: KBEAR and KB EAR (note the spacing difference). As so, this model can be found either as KBEAR Diamond or as KB EAR Diamond – even some times the brand adds a hyphen to the name (KBEAR-Diamond)

The KBEAR Diamond features drivers with DLC coated diaphragms in a single dynamic driver configuration – DLC stands for Diamond-Like Carbon. The exact driver size of the dynamic drivers inside each earpiece is 8.5mm.

The earphone comes with a silver-plated copper cable that looks and feels great, thanks to the silver finish with black accents that matches the aesthetics of the earpieces.

Moreover, the cable presents a rugged construction quality with all-metal details such as the cable bifurcation, cable strainer, 2-pin connectors and stereo plug. While the cable itself has a soft and rubberized finish that does an excellent job against tangling issues and microphonics.

Photos from the manufacturer and most resellers do not make justice to the aesthetics of the KBEAR Diamond, instead this model looks quite nice with it’s combination of main metal shells and a translucid resin back cover that lets the carbon fiber texture to be seen.

A detail to be noted, the brand promotes the KBEAR Diamond to have a sage green color but our unit at bare sight looks much closer to a light space gray color with a greenish subtle gamut than the strongly green-tinted seen online – which in our subjective opinion looks much better than the crisp sage designs on the brand’s listing.

The KBEAR Diamond unboxing results in 8 pair of eartips, 1 pair of foam tips, a detachable cable and a very nice hard case with a magnetic closing system.

This case does not only have great aesthetics but it is also very well-built with a style that sort of reminded us to the case included with the Tin HiFi P1.

The brand is, certainly, making buyers feel that their money is well spent with the quantity and quality of the accessories bundled for free.

The packaging holding the units and the accessories is a medium-sized, rectangular box with black-color finish.

The KBEAR Diamond has an important bass presence that shows a personality able to fulfill, even, bass-centered genres and deep-bass tracks.

Mid-bass on the KBEAR Diamond is somewhat meaty and punchy, being able to make add fun to any track.

Sub-bass can get fairly profound, when requested by any given song, responding with substantial sub-bass that could be appreciated right away.

An EQ can push even further their bass with a crazy deep sub-bass response and a much punchier mid-bass.

Through out our extreme basshead tests, the KBEAR Diamond took up to 40% of the maximum power of our testing amp, with exponential increment of both depth and punch and reaching a very respectable basshead rumble and impact as to nearly enter the Top Basshead Earphones Charts.

The KBEAR Diamond mids show some mid-bass bleed that can overstep part of their lower midrange, adding a very warm tint but also partial congestion. Nonetheless, their male vocals sound relaxed but not distant, on most tracks.

Upper mids are much cleaner than their lower midrange, yet it is not overemphasized as to become too harsh.

Mids on the KBEAR Diamond might be well-adapted to listeners that enjoy warm mids with a balance a bit more inclined to the upper midrange.

With an EQ, the midrange of the KBEAR Diamond can be substantially cleaned up, removing some importance of their mid-bass bleeding and allowing a bit of extra space for their lower mids and male vocals. Nonetheless, this earphone will conserve warmth.

Also important to note, that the EQ path for the midrange of the KBEAR Diamond will be more complex than on other headphones and if overdone some boxy mids and harshness can be introduced.

The KBEAR Diamond are able to resolve sufficiently fair detail while providing a darkish/bright tint.

Their highs sound a bit more open and detailed than many other darkish earphones but will not be a particularly open/bright/detailed one against highs-emphasized earphones.

Most of their busy and dark layer is, in part, added by their rolled-off combined with it’s powerful bass that rules part of their sound signature.

On the other hand, to their benefit, the KBEAR Diamond is not a particularly fatiguing earphone, exhibiting mild sibilance and infrequent piercing peaks.

Applying an EQ, the Diamond will benefit from a better performing highs response but, as with it’s midrange, a complicated EQ retuning will need to be used and their baseline personality will be conserved.

The sound leaking out of these KBEAR earphones is somewhat inline with most average headphones. This makes them an acceptably hearable model that can present no risk to be used during most normal and everyday situations and environments.

The sound isolation provided by the KBEAR Diamond is fairly stronger than on many normal headphones, partial isolation is immediately perceived and the potential to reach absolute isolation will be a simple matter of cranking up the volume of your music listening sessions.

The KBEAR Diamond has a relatively slim profile in comparison to many other in-ear monitors with a custom-alike design, such as the:

As a point of reference, the form factor and shape looks somewhat like a significantly smaller and much thinner version of earphones like the KZ AS16, CCA C16, KBEAR KB10, Tripowin TP10, CCA A10, KZ AS10, KZ AS12 – and with a way better build quality.

This means, that this KBEAR earphones has rounded edges with no sharp ends and a slim profile that allows it to sit nearly flush with the ears.

This KBEAR earphones showed strong response to bass boosting, substantial mids and vocals cleaning up and fair improvement over their highs but any EQ path will involve mid-knowledge on custom EQ’ing.

The KBEAR Diamond is a well-built metal earphone with fun sound and a good value for money considering the bundled accessories.

What type of headphone is the KBEAR Diamond?

The KBEAR Diamond is an in-ear headphone.

The KBEAR Diamond is an open, semi-open or closed back headphone?

The KBEAR Diamond is a closed back headphone.

Does the KBEAR Diamond have a microphone?

The KBEAR Diamond does not have a microphone and a remote. 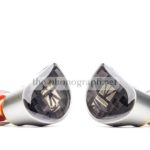