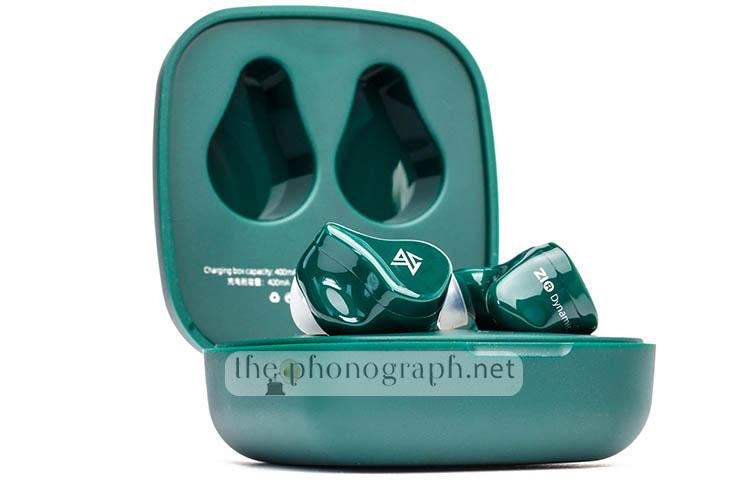 🎧 We are reviewing the KZ Z1, the newest budget-friendly KZ true wireless earphone.

The driver inside each earpiece has a diameter of 10mm and is defined by the company as a “XUN” driver using their “Turbocharger technology” – KZ, though, does not give a deep explanation of what is involved in these technological features.

The construction quality of the KZ Z1 is similar to many other KZ earphones, using a mainly plastic build with exemption of the nozzles – the case/battery pack is also fully made of plastic.

The KZ Z1 is joining the catalog of KZ TWS models, as an entry-level/affordable option and, due to it’s price tag and specs, could be positioned more inline with the KZ S1 and KZ S1D than the KZ E10.

The KZ Z1 comes with a new packaging that starts to look better than on older KZ true wireless earphones.

The new packaging has a shiny logo and a textured cardboard; the thickness of the cardboard is quite generous resulting in a sturdy protection combined with the inner foam cutouts.

Regarding accessories, the KZ Z1 includes 3 pair of eartips, the charging case and a micro USB cable.

The KZ Z1 offers advanced features such as:

The KZ Z1 can be fully controlled through the back plates of each earpieces, which are touch sensitive.

The main functions of the KZ Z1 touch controls are:

Different to the case of many older models, the Z1 offers a very stable magnetic attaching system that makes the earpieces sit firmly when placed inside the case.

Inside the earbuds, the KZ Z1 carries a 30mA (one per side) while the case has a 400mA internal battery that will charge the earpieces on-the-go. Unfortunately, the Z1 is not a record-beating model regarding battery life, as the earpieces reach 120 minutes of playback time on each full charge.

The charging port is placed on the bottom right of the case with a micro USB connector and a recommended charging input of 5V 1A.

Note: the adhesive tap that you see in some of our photos is a protective piece that comes placed from the factory.

Bass on the KZ Z1 is energetic and fun to listen to. Their lower frequencies have a balance that is inclined more to mid-bass than to sub-bass, which consequently shows a very punchy sound that can cover any music genre and good depth.

Sub-bass on the Z1 will not be as deep as ranking-leading basshead earphones but this will also allow them to have much lower risk of drowning their sound signature. Additionally, the bass response on the KZ Z1 does not give general sensation of “bloatness”.

Despite this, their lower end is far from sounding rolled-off or bass-anemic while reaching the right amount of depth as to fulfill the needs of nearly any tracks.

A very noticeable intensification of it’s sub-bass can be obtained with a custom EQ that covers sub-bass and lower bass ranges. 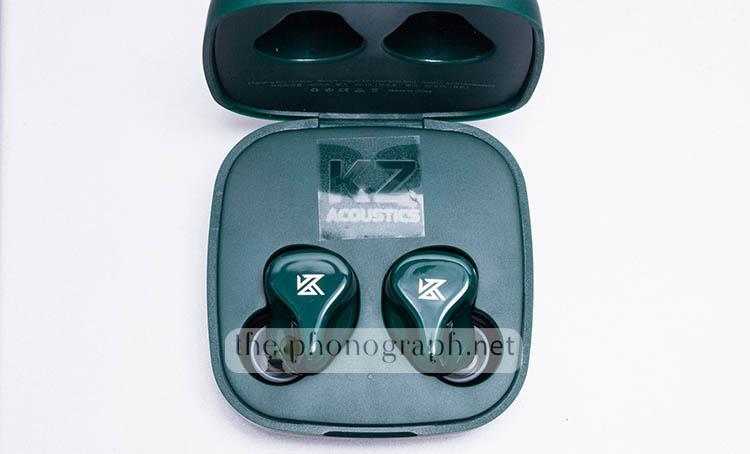 The KZ Z1 has a warm midrange that extending this tint from the lower to the upper end of the mids frequencies.

Their lower mids and male vocals gain a cozy flavor while showing, also, a relaxed and bit busy lower end over their midrange and low-pitched vocals. Despite this, there is not an excessive feel of muddiness.

Their tuning could be defined as a gentle but not overly congested with a good sound personality for longer listening sessions.

A well-crafted custom EQ can radically retune the midrange on the KZ Z1, revealing a much cleaner and less “busy” sound while keeping harshness under control. 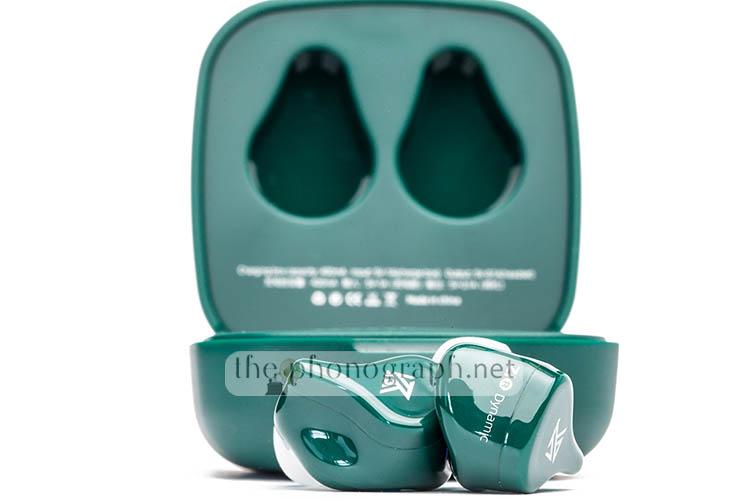 Pleasantly distributed highs that do not fall into a dark mess but neither sound unbearably sharp.

Strong peaks that translate into sibilance and piercing spikes are rarely present on the KZ Z1 and whenever perceived they tended to be tolerable.

Listeners preferring a gentler but not necessarily muddy sound will find themselves at home with the KZ Z1 and even more when comparing it directly to other modern KZ earphones.

Overall, all the team fully agreed that the KZ Z1 was fun and non-disturbing to listen to and offered a worry-free relaxing time.

An EQ can squeeze out of the KZ Z1 highs a way more detailed and much brighter sound but if overdone sibilance and piercing peaks will risk to get hotter. 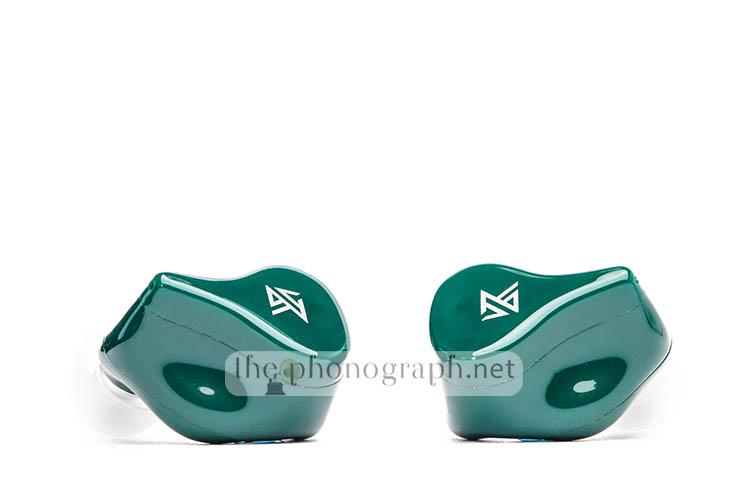 The sound leaking out of the KZ Z1 is more or less inline with many average earphones. This means, that this are not the most silent earphones on the market but will neither be as hearable as an open-back headphone.
It worth noting that you should expect their leakage to increase exponentially when dialing up the volume. 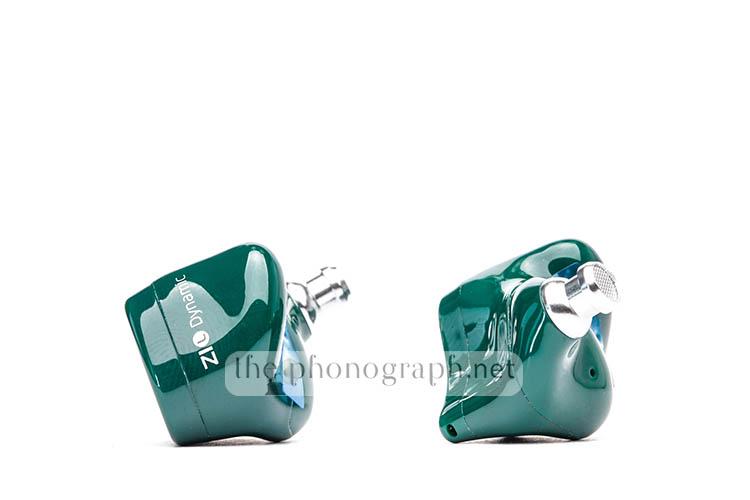 The particular shapes on the KZ Z1 embrace and adapt to their ears in a way that grants a way stronger isolation than most normal earphones.

Users looking for a stronger isolation from the surrounding noises will have a very good performer with the KZ Z1. 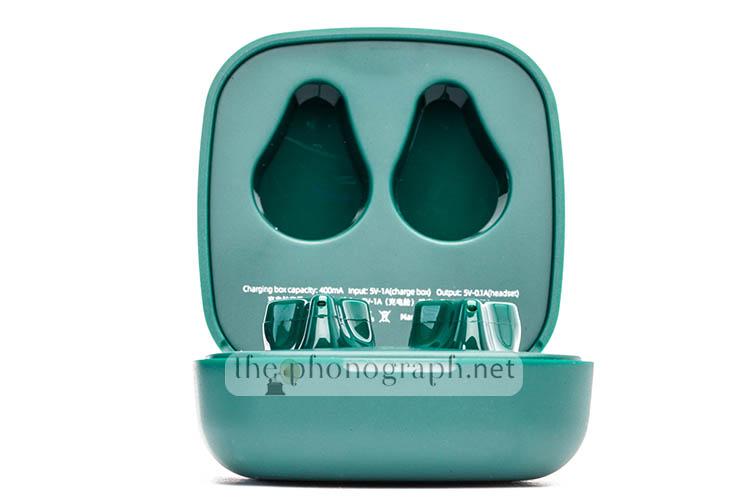 The KZ Z1 has inherited a housing’s form factor similar to the KZ ZS3, KZ ZS3E, KZ ZS4 and more or less like the KZ ZSR and KZ BTE– we have always found this design to be excellently crafted.

This earpiece’s shape is less typical than what is used on many recent in-ears but has a great advantage over most of them on the “solid and secure fit” department.

The protruding sections of the earpieces grant a more stable placement in the ears and a very tight fit that allows them to safely withstand any normal activities without problems.

On the other hand, this form factor will make it a bit bigger than other TWS, and less rounded – which might be a positive or a negative aspect according to each user’s preferences. 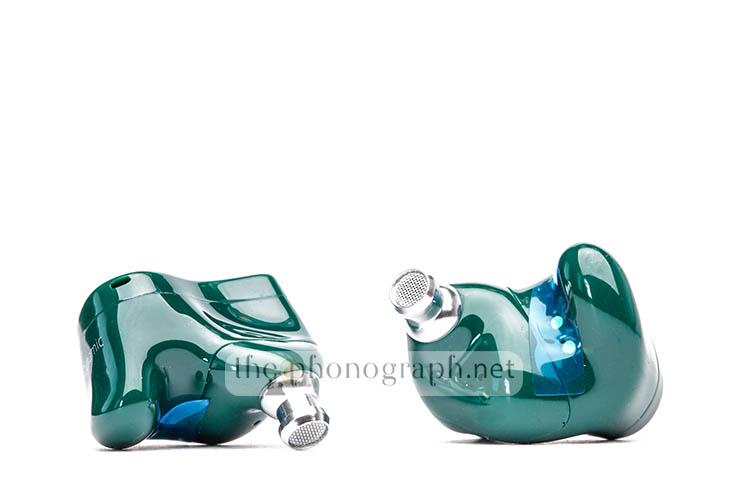 The Z1 showed impressive response to EQ over mids, vocals, and highs but the results were not as remarkable over bass.

✅ Relaxed sound over mids and highs

✅ Stable in the ears

❌ Charging light status can only be seen by opening the case

The KZ Z1 is a very good true wireless earphone that will match quite-well listeners that enjoy a gentle and pleasant sound right out of the box. 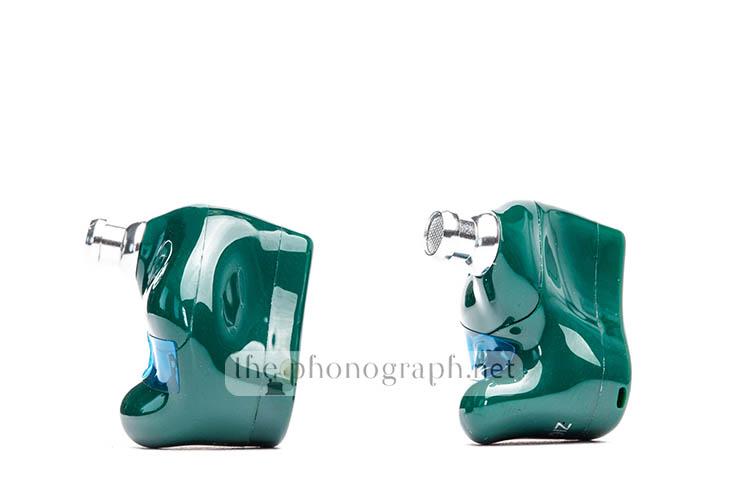 How many drivers does the KZ Z1 have?

The KZ Z1 is a single driver headphone. Which means that the KZ Z1 has 1 driver per side.

What type of headphone is the KZ Z1?

The KZ Z1 is an in-ear headphone.

The KZ Z1 is an open, semi-open or closed back headphone?

The KZ Z1 is a closed back headphone.

What is the price of the KZ Z1?

You can check the most up-to-date price of the KZ Z1 by following THIS LINK.

You can buy the KZ Z1 HERE

Which KZ Z1 colors are available?

The colors available for the KZ Z1 are: black, green 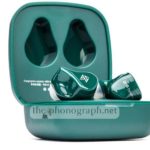