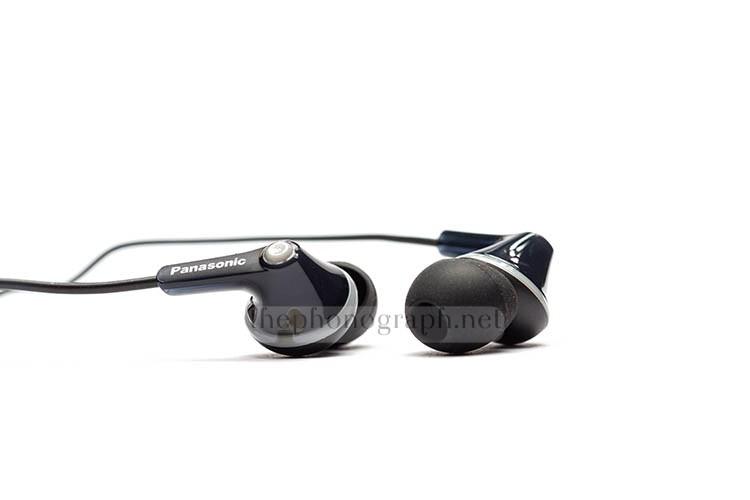 🎧 The Panasonic Ergofit RP-TCM125 were highly praised and even crowned by a few as the best budget earphone some time ago; we will run them through our tests and see if they perform as well as they are supposed to (if they were said to carry such title under their belt they must have outstanding performance, right?)

We reviewed the cheaper earphone in the Ergofit line (Panasonic RP-HJE120 Ergofit) and despite being extremely high rated and the most sold iem on Amazon we were sort of disappointed with what they were able to provide, we will later find out if the Panasonic Ergofit RP-TCM125 are more of the same or a noticeable upgrade.

Design-wise the Panasonic Ergofit RP-TCM125 look exactly like the Panasonic RP-HJE120 Ergofit; size, housings shape, cable, stereo plug, weight and construction quality have no difference at all. The size is very small, housings have a flat cone shape, eartips are oval, total weight is extremely light and cable thickness and quality is pretty scarce.

The Panasonic RP-TCM125 come in a blister with some extra pair of eartips, nothing else, nothing more.

Bass of the Panasonic Ergofit RP-TCM125 is noticeably punchier and deeper than the Panasonic RP-HJE120 Ergofit but still is not super bassy, it is sort of a conservative bass with enough power to fulfill the requirements of most genres.

With an EQ a lot more of depth is added and mid-bass gains much more punch without making everything become muddier.

Under our standardized extreme bass test the Panasonic RP-TCM125 took up to 47% of a Fiio E12’s maximum power while setting it to high gain, bass boost on and applying a custom basshead equalization. A huge enhancement of punch and rumble was achieved with much more impact, punch and rumble than the Panasonic RP-HJE120 Ergofit, at the same time highs and mids became clearer and brighter than the Panasonic RP-HJE120 Ergofit. Regarding basshead impact, expect a very slight rumble similar to the JVC Gumy Plus HA-FX5 but not as distorted.

Mids are similar to the Panasonic RP-HJE120 Ergofit with a warmer tint and less thinner. Saying that they are similar to the Panasonic RP-HJE120 Ergofit means that mids lack energy and are laid back with a stronger recession happening on lower mids and lower vocals and do not show signs of harshness. Equalizing, mids improve slightly with some removal of lower mids recession but harshness is introduced and boxy vocals start to be perceived.

The Panasonic RP-TCM125, once again, show very strong resemblance with the Panasonic RP-HJE120 Ergofit, brightness and detail levels are almost indistinguishable from each other (maybe a tiny bit of extra detail is resolved by the Panasonic RP-TCM125). Some piercing highs are felt with very high notes but there is no sibilance. After an EQ, noticeably more detail is resolved and become more spacious while remaining equally as piercing as before but getting marginally sibilant.

The sound that leaks out of these earphones is almost as many average earphones, nothing horrible and absolutely usable on any normally noisy places without any issue at all but it could be a problem to use them inside libraries and listening at moderate to high volumes.

The Panasonic Ergofit RP-TCM125 do a good job blocking outside noises. Sound surrounding you will get noticeably reduced but do not expect a total isolation and at times you may feel forced to utilize higher volumes.

With the super light housings and having such a small size they Panasonic RP-TCM125 are a pleasure to wear, they do not generate pain or any type of discomfort while using them and at the same time are very easy to grab thanks to the flat cone shaped housings. Fit is tight enough to get them through any normal activities without having to worry about them falling from your ears.

The Panasonic Ergofit RP-TCM125 responded fairly well to custom equalization. Highs became noticeably more detailed without introducing too much issues, bass became much punchier and deeper but mids and vocals frequencies despite getting slightly less recessed they started to sound boxy and harsh.